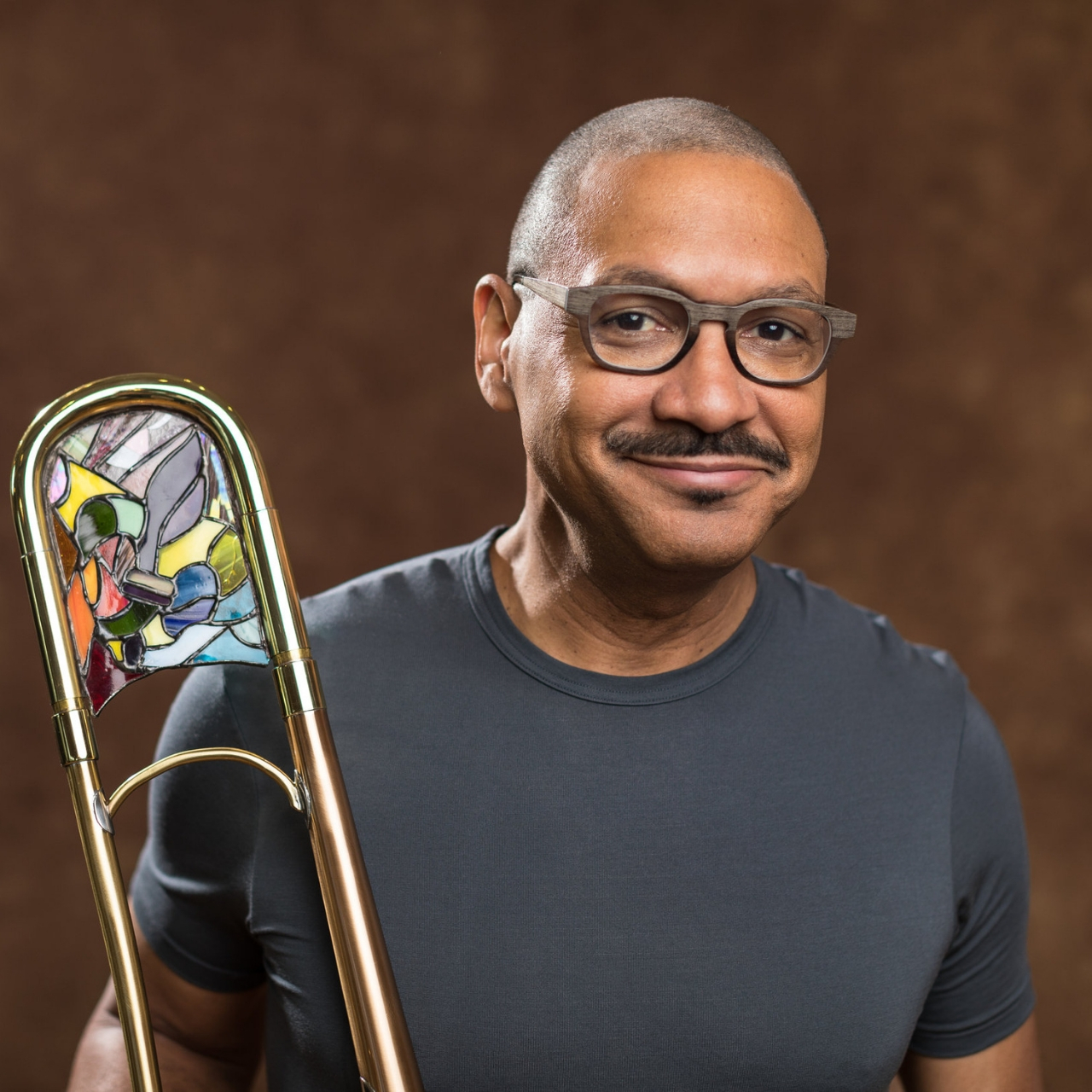 Delfeayo Marsalis (pronounced DEL-fee oh) is one of the top trombonists, composers and producers in jazz today. Known for his “technical excellence, inventive mind and frequent touches of humor…” (Leonard Feather, Los Angeles Times), he is “…one of the best, most imaginative and musical of the trombonists of his generation.” (Philip Elwood, San Francisco Examiner.) In January 2011, Delfeayo and the Marsalis family (father Ellis and brothers Branford, Wynton and Jason) earned the nation’s highest jazz honor – a National Endowment for the Arts Jazz Masters Award. Born in New Orleans on July 28, 1965, Marsalis was destined to a life in music. “I remember my dad (Ellis Marsalis) playing piano at the house, and me laying underneath the piano as a child, listening to him play. After briefly trying bass and drums, in sixth grade I gravitated towards the trombone, which was an extension of my personality. .”